For the less than expert golfer, hitting the ball using a 2-iron has often been a problem. Especially when you consider the difficulty in getting airborne and being consistent. The same issues also occur with 1-, 3-, and 4-irons. Because of these common problems, a newcomer came on the scene in the form of hybrid golf clubs. Designed to replace traditional long irons, they have made a round of golf much easier for many players.

A mere decade or two ago, players had to rely on their skill when it came to using long irons. This is because traditionally they’ve featured thin blades that only offer small sweet spots, and not enough loft. More recently, many players have switched to using hybrid clubs, including some of those well-known golfing professionals.

So why would you want to use one? 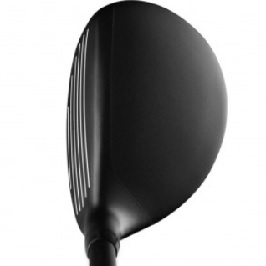 What hybrid golf clubs should you include in your set?

Traditionally, a golf club set would be made up of 14 clubs – 3 woods, 10 irons and a putter. Nowadays things are a little different because of the introduction of hybrids. The driver that forms one component of the 3 woods carried and the putter still remain the same, but some changes are afoot for the other clubs you might want to include in your bag.

Hybrid golf clubs, including the 2 hybrid, have prompted the removal of the 2-4 irons, and some players have replaced the 5-iron as well. The variety of clubs available now allow the contents of a player’s golf bag to be finely tuned to best meet their needs.

The number and variety of clubs a player choose is still a question of personal preference, especially when it comes to choosing how many hybrids to play. The best way to proceed and come to a final decision is by organizing a side-by-side tryout. Take your 2-iron for example. Hit 10 balls with the 2-iron, and then try another ten using the equivalent 2-hybrid golf club. Make a note of your accuracy, distance, and contact quality. And don’t forget to record how the shots felt. Did you feel more confident in your ball hitting the target.

Once you’ve compared both options you’ll be in a better position to decide which is best for you. You might decide to stick with what you’ve already got, or get rid of your irons completely. We hope we’ve helped with your decision, and you improve the enjoyment of your game.