What are hybrid irons?

Hybrid irons are versatile golf clubs. They combine the easier use of a fairway wood with the accuracy of an iron. TaylorMade started the trend of hybrids with their Rescue clubs (they still call their hybrid clubs Rescues) about 15 years ago, but now all the golf manufacturers are making them. Today, hybrid irons have become very popular with recreational golfers and professionals. 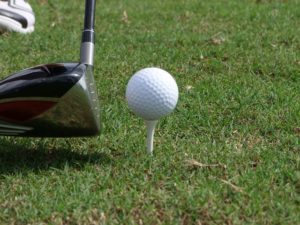 A hybrid iron is a golf club that has been remodeled to include a larger head, a wider sole and spin correction. A hybrid iron is easier to hit and more forgiving than a traditional iron. Golf manufacturers hybrid category are now filled with a variety of options, some that look like downsized metalwoods and others that have a head style that look like irons.
Most hybrid irons are made as direct replacements for standard irons, they have the same head weight, length, and loft of a typical iron, giving direct number replacements to the irons. What this means is that a 7-hybrid will replace a 7-iron. Hybrid irons are easier to hit, sending the ball higher and longer, with a more forgiving, curved club face that straighten off-centre hits on the toe or heel.

Advantages of having a hybrid-iron in your bag

When hitting with a traditional iron, the exact center of the club-face must be hit for solid contact as the blade gets thinner closer to the heel and toe. A hybrid-iron is more forgiving. If you hit the golf ball on the toe or the heel, the club has a consistent thickness from toe to heel so you will have a greater force provided at impact in comparison to a blade style club. Should you regularly hit the ball off-centre (heel or toe) the hybrid-iron provides you with a much more consistent contact than the alternatives. In addition, most hybrid designers have incorporated a slight roundness of the face progression from heel to toe. This means that if you hit the ball off the heel the ball will produce spin back to the right for right-handed golfers and if you hit the ball off the toe the ball will produce spin to the left.
A traditional iron is designed with a very slim sole to allow the club to take the correct divot and produce spin on the golf ball. This is a difficult technique and many golfers take a divot before striking the ball. This is much more frequent in hitting long irons because golfers attempt to induce more lift to the ball. The hybrid-iron sole is much wider helping eliminate the potential for taking a divot before striking the ball. The hybrid’s larger club-head design and wider sole also produces more lift to the ball than a traditional iron.
The traditional iron set is constructed with steel shafts while the majority of hybrids are constructed with graphite shafts. Graphite is typically lighter than steel, increasing club-head speed and giving a higher lift to the golf ball. The length of the shaft is also longer than the traditional iron shaft allowing the club to swing faster. 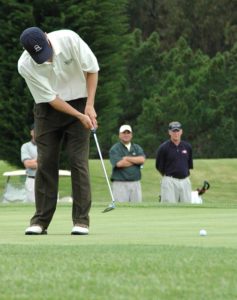 The existence of multiple models within the same family of hybrid-irons means the long iron and even in some respects the mid-iron have been relegated to history’s scrap heap.